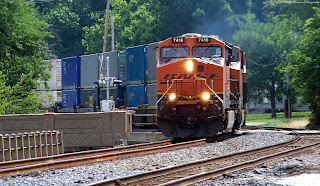 .....met an eastbound on the Chillicothe Sub. 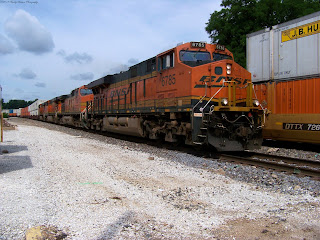 Trio of Green BN's coming off the Barstow with freight at Peck Park. 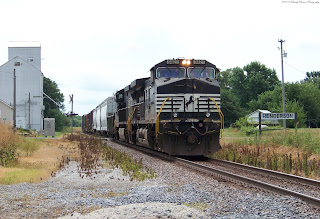 Yard crew shoving some freight back into Galesburg Yard, using the Mendota Sub for headroom. 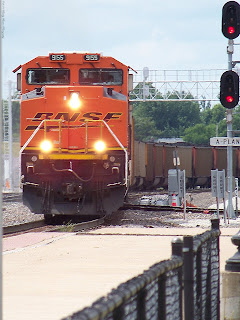 90% of the signals in Galesburg are hooded. Only 10% of searchlights remain, like this dwarf, guarding the south leg of CP Knox. 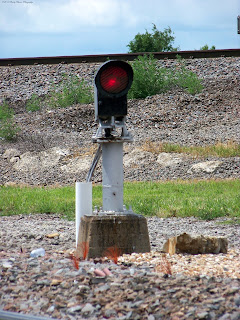 Another view. There is another dwarf to the left(not pictured). 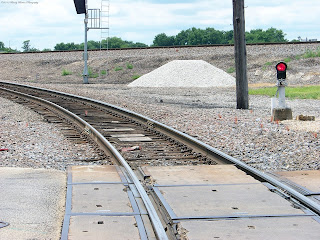 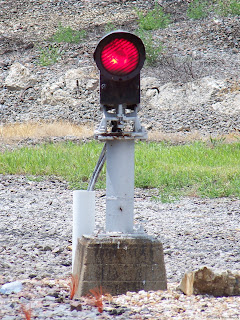 A cantilever signal at CP Knox. 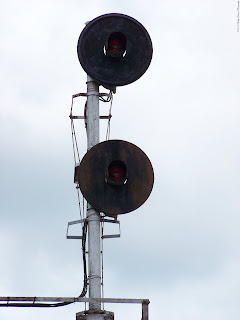 One of the many Amtrak trains that run thru Galesburg came thru. This one in particular had a "sweet" ending. 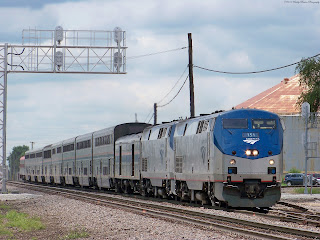 A Frisco Pullman car was tagging along for the ride, as the train was passing by CP Academy. 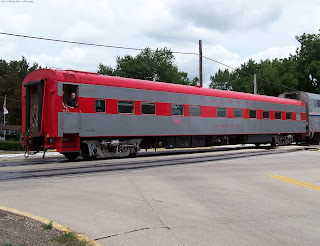 Got to Fremont Street to get the northbound(railroad west) Oil train on the Barstow, when I stumbled on the eastbound oil train with a Warbonnet on the point. The eastbound waits...... 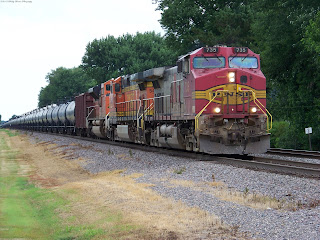 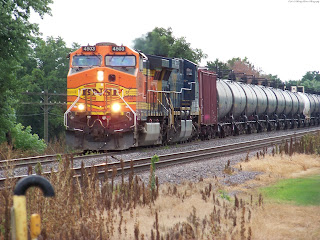 Nose to nose; on opposite tracks.

He gets permission to come around to head to Galesburg yard.

Eastbound stacker on the Chillicothe Sub passes by while the oil-can train passes behind me. 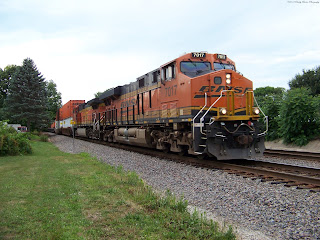 With a lull in the action, I venture over to the County Rd 25 overpass to look at the yard. A Radio-Controlled Geep works the yard. 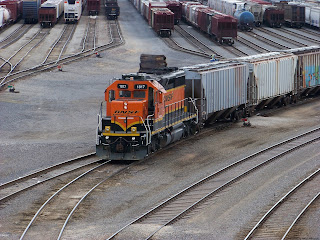 Another oil-can train coming from the Barstow Sub.

A trio of Geeps haul a short merchandise train to Galesburg Yard on the Mendota Sub. 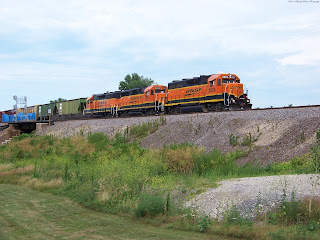 Stack train eastbound on the Chillicothe. 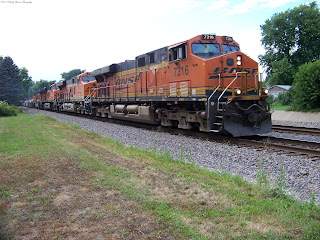 A short merchandise train led by a 4-axle Warbonnet on the Chillicothe Sub. 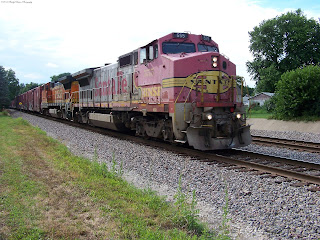 Westbound baretable train passing under the Mendota and Barstow Subs. Eventually, this train would make a turn around the Cameron loop-tracks to head east on the Mendota Sub. 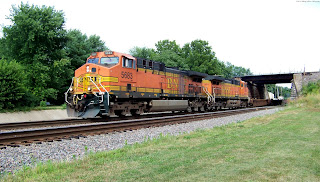 Eastbound NS run-thru train at Peck Park. This train also took the loop from Galesburg Yard to the Chillicothe Sub. 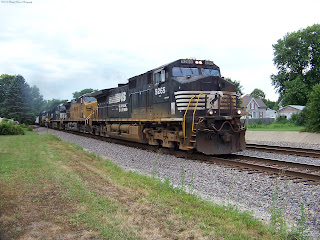 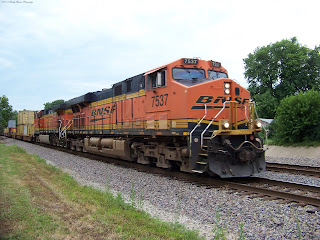 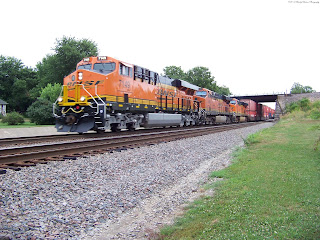 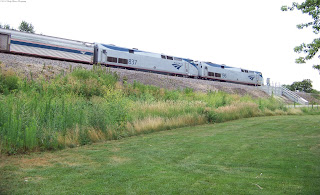 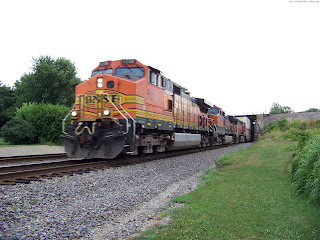 UP run-thru stack train on the Chillicothe Sub coming into Galesburg. 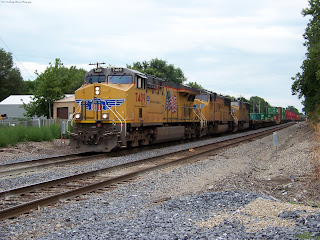 The Mendota started to come to life in the evening beginning with a soon-to-be stopping westbound coal train-presumbably for the Ottumwa Sub-at the east end of "A" Plant.

Another oil-can train comes off the Barstow Sub from North Dakota.

Another oil-can train heading for North Dakota as it enters the Barstow Sub from the Mendota Sub. 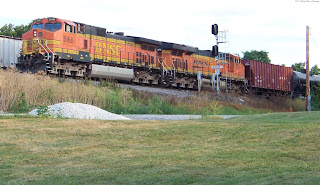 That coal drag finally gets a light to proceed to the Ottumwa Sub.

At sunset, another oil-can train comes off the Barstow to head to Galesburg Yard. 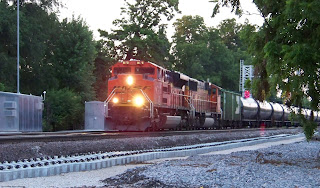 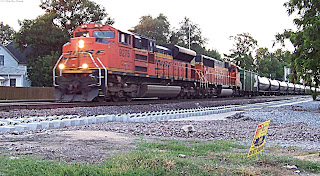 And the last shot before heading home was this CN-powered merchandise train on the Mendota Sub. 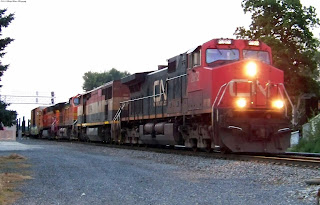 Galesburg did not disappoint me at all. A great place to come and railfan and hitch a ride on Amtrak. Will be back in the future. Thank you Galesburg, Illinois!!!