We get to Galesburg and a car show was being held.
How about a baby blue Mustang? 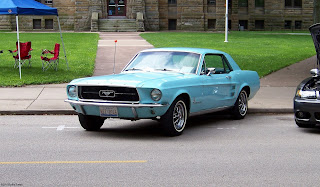 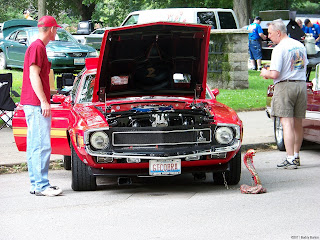 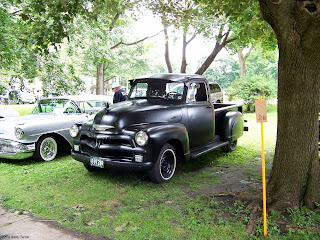 A magician doing some tricks at the RxR Days. 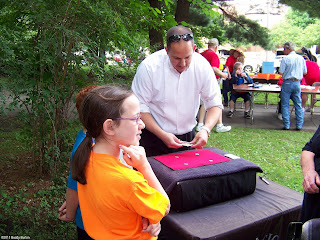 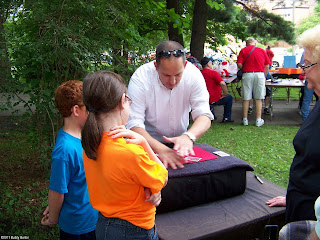 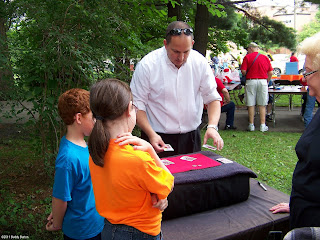 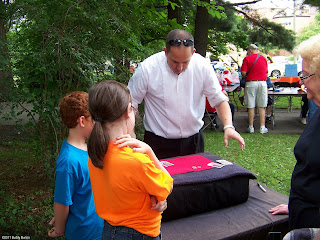 Bekah petting the rabbit at a Petting Zoo. 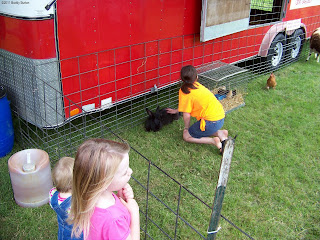 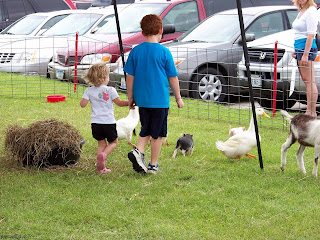 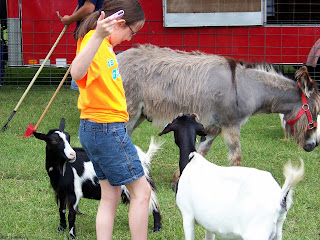 Another train passing by. 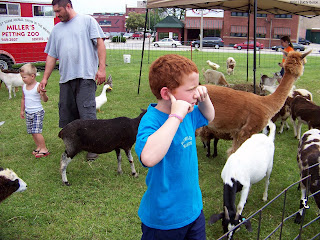 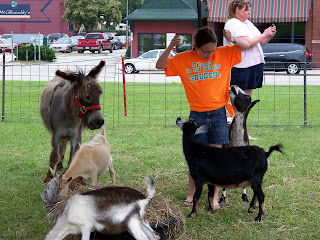 Inside a steam engine on static display at the museum. 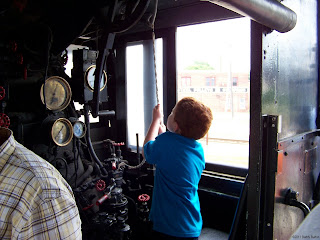 Bekah tooting for the right-of-way while Isaac looks on. 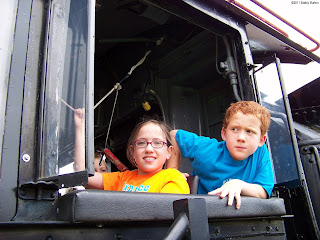 One of the cantilever signal bridges in town near the
BNSF Yard. 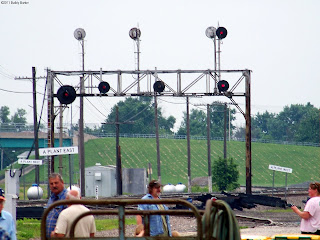 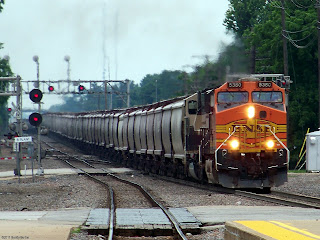 Closeup shot of the train. 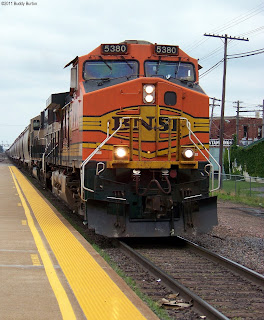 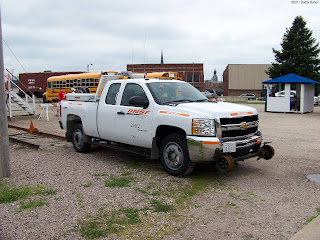 A CB&amp;Q car on static display near the museum. 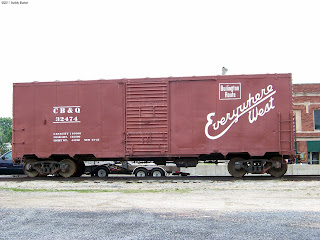 Bekah climbs the wall at the Discovery Depot Museum... 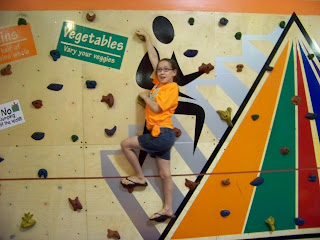 ..and works the mail. 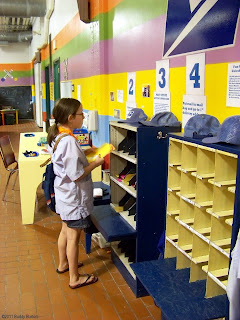 Isaac trying to get a shock at the Discovery Depot Museum. 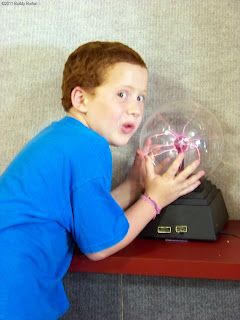 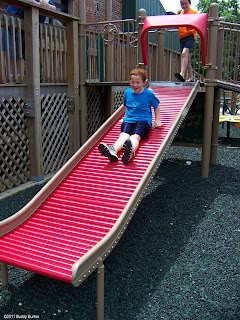 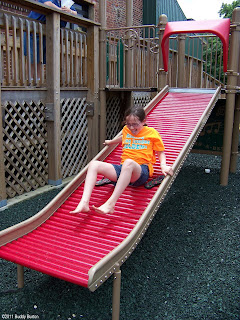 ...and even ME, taking a turn on the "conveyor belt" slide
at the Discovery Depot Museum. 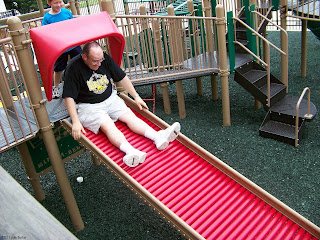 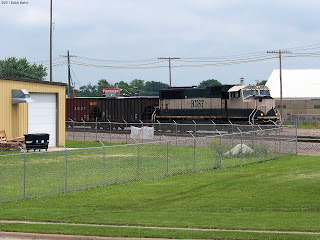