First two shots are from the house where a neighbor
captured a frog and gave it to my son. Isaac did not
know what to do with the frog so I suggested that I would
release the frog at the nearest creek..... 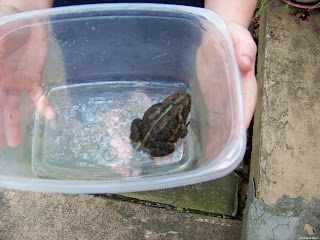 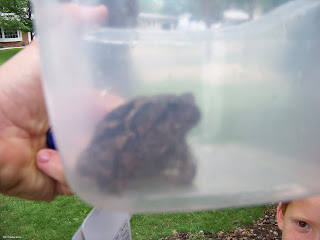 Next couple are of a rainbow after a line of storms
brought 70mph winds to our city. Taken from
Boysen Road in Marion, IA. 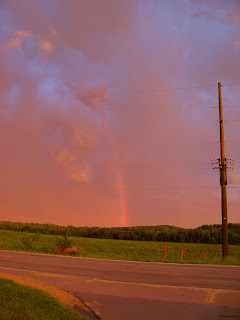 This is looking to the SE, into the departing storms and
the sky took on a peachy color. The bottom part of the
rainbow can be seen on the right. 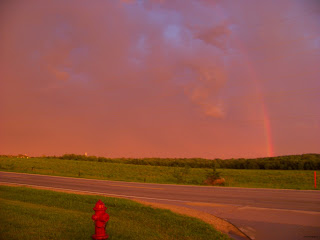 Next trio are after sunset of some wonderful after-storm
photos. First two of a couple "lucky" lightning shots looking
to the south and southeast.

This one I was REALLY overjoyed for. Can't time it
out better than this. 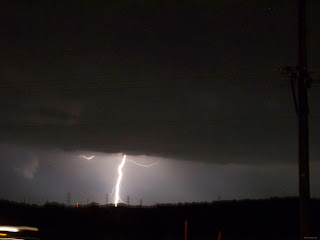 Clouds leaving a "bumpy" mark on the sky on the rear
of the storms. 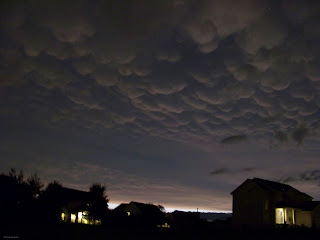