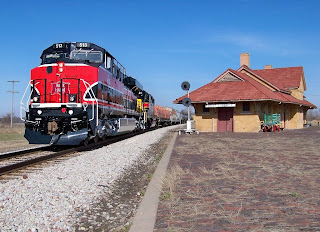 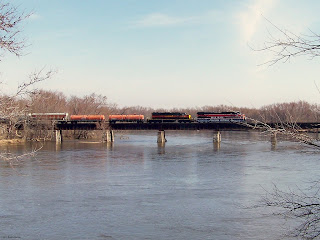 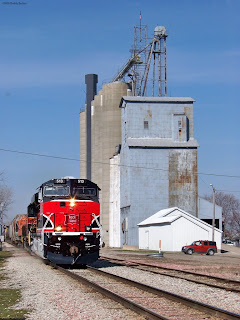 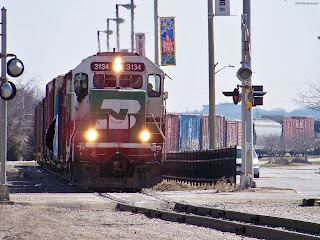 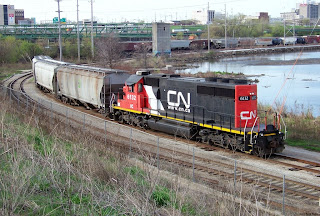 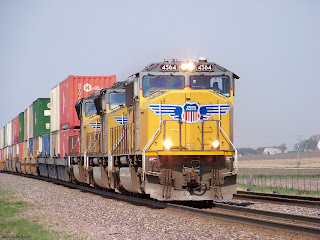 Someone informed me of a barn with Lady Liberty
near Mt. Vernon. Liberty holds an apple; at an
apple orchard. 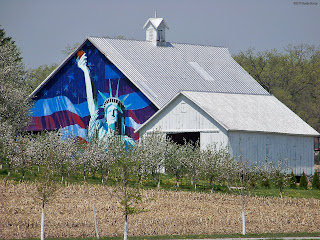 An eastbound coal train pulls away from CP Bertram
on the UP Clinton Sub. 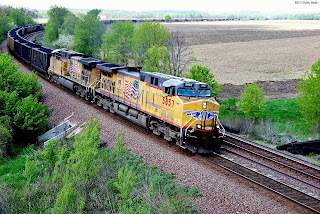 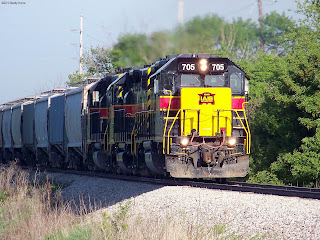 Iowa Interstate's other mainline train, BICB passes by
Homestead, IA and a grove of dandelions. 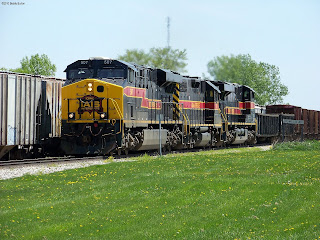