The start of the Rebuild was in January with the
drilling of the four columns that will house the steel-enforced
horizontal supports for the trestle.
2/19/2009: Forwarding to where the first of several column supports
were going up. Steel-enforced concrete was to be poured. 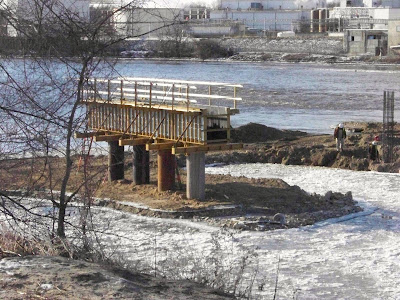 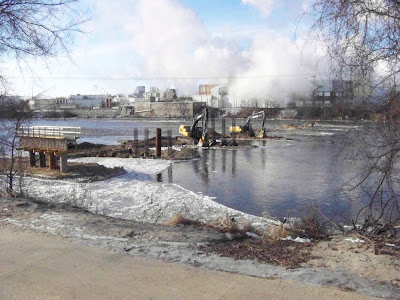 3/18/2009: The first column complete, the next two steel-enforced supports up
and/or poured and the fourth set in the process of being installed. 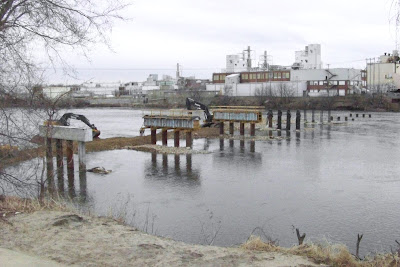 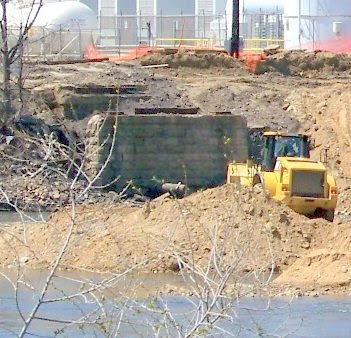 4/22/2009: [b]The column supports completed and installation of the
steel truss which will house the mainline is installed but work on
the westside is where the focus will now be. 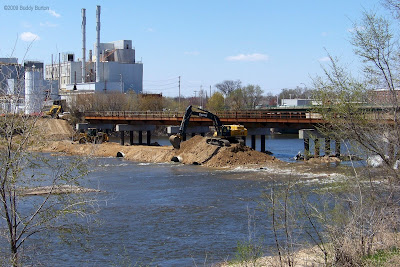 5/19/2009: [a]The newly-poured west-side foundation for the new trestle
still in its molding. 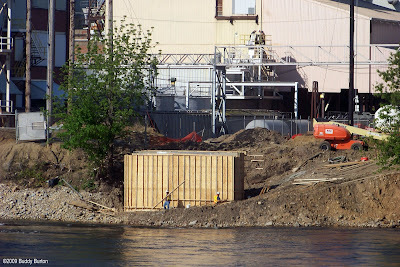 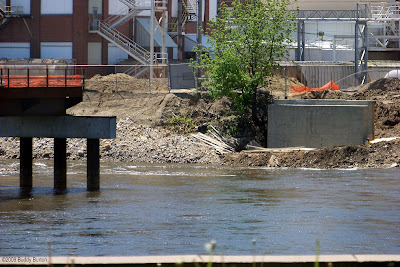 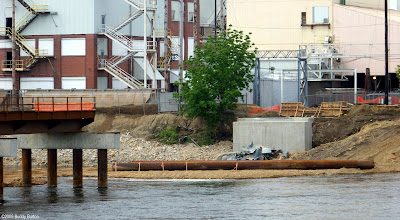 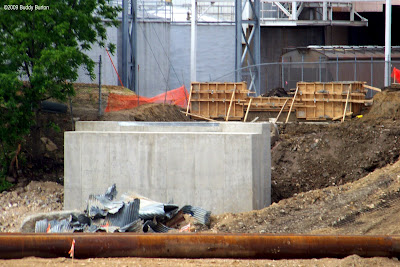 UPDATE: The bridge is complete and is now open.